The goal of the plutocrats now running U.S. society, including our governments, is now abundantly clear: they endeavor to institute a new age of slavery. This was made evident in an editorial in today’s N.Y. Times with the compelling title of “A Rising Call to Promote STEM Education and Cut Liberal Arts Funding” By Patricia Cohen (Feb. 21, 2016).

Wait, that doesn’t sound so radical, does it? It does if you know a few facts. For one there is no reason to favor STEM education over any other. There is no shortage of qualified applicants for STEM (Science, Technology, Engineering, Mathematics) jobs. The unemployment statistics show this in the numbers of recent graduates who cannot get jobs in their fields as does the basic fact of economics that if there is a shortage of workers of a particular type, their wages increase (to attract the few that are available). Wages in this field are changing no faster than the others. The “shortage” of STEM job candidates and STEM college graduates was cooked up by plutocrats to support their demands for more visas to allow STEM foreign workers into the U.S. Recently Disney was caught laying off 20 of its I.T. employees to be replaced by foreigners on work visas, for example. There was no “shortage” other than the one created by the firing of the current workers who, by the way, were earning performance bonuses so it is hard to argue they were substandard.

The plutocrats really like these workers on visas, as they work for less, which drives down wages for all of the other workers in their category and they don’t complain, because if they lose their job they lose their visa and “bye-bye U.S.”

“Welcome to the new slavery. The chains are invisible but real. Sit down and shut the fuck up.”

What is telling are the arguments being used, basically “STEM good, humanities bad.” They argue that public money shouldn’t be spent on students who would be working at the lower paying jobs that a humanities education affords. (I hear echoes of “effing hippies” from the 60’s.) This argument is, of course, bogus. Currently humanities college graduates in the U.S. have starting salaries that are roughly equal to the median salary of all Americans. This means those humanities grads, all things being roughly the same as they have been in the past, will be earning above average wages for the rest of their lives, which means they will pay above average taxes and the taxes in excess of the average amount repay the public for the education expenditure several times over. So, guarding the public coffers is a bogus argument.

Also, the plutocrats are basically saying that we should use data regarding what people are making now to focus our attention regarding what is important in an education. This makes no sense in an economy in which people’s jobs are changing so fast that the average worker can expect to have seven different jobs in their working life, many of which have not yet been invented. (If you used the job description “social media consultant” ten years ago, what would people have thought?)

It is clear the kind of future the plutocrats plan. They expect citizens to “sit down and shut the fuck up” while they run the country however they wish. If citizens are to have choices of political candidates it is only ever between candidates that offer no threat to the status quo. If a candidate does offer a threat, say recommending free education and higher taxes on the rich (Go, Bernie!), he is to be quashed as strongly as possible by a candidate propped up by the plutocrats.

To enforce this vision of the future, the plutocrats are using chains of debt. For example, many political upheavals in this country have been supported by college students. A few changes in the tax code and voilà now total college student debt exceeds total credit card debt (think about that). A student looking at a mountain of debt that needs to be paid off cannot afford to blemish his ability to get a good paying job with an arrest record, etc. so, college students have been defanged.

Additionally, teachers and teachers unions have opposed plutocrats (even to the point of voting for Democrats), so now they are demonized and beleaguered on all sides and are no longer a political force.

Welcome to the new slavery. The chains are invisible but real. Sit down and shut the fuck up. 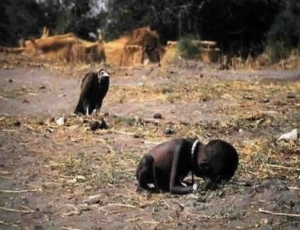 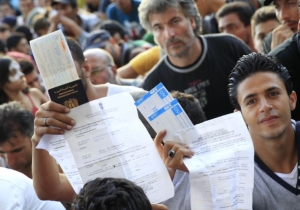 “The Government earlier this year received harsh criticism from a number of charities, who pointed out that more money from the aid budget went to immigration in Sweden than to the whole of Africa put together.”

A Jew WITHOUT white privilege…

Four views from Saudi-Arabia, two views from the Netherlands. This is a hopeful development.

14th of September 2013, The National Socialist political party ‘Svenskarnas Parti’ (Swedes Party) had a manifestation in central Stockholm. They were formerly known as National Socialist Front and ‘Folkfronten’. As you can see, the leaders of the organization walk in front and lead the march as the sword-tip of their movement. They do not hide from the battlefield as do the traitors and enemy Jews.

Comment: It may be very brave, but is it effective? I doubt it. If you want to be really brave, you should use your own name on the internet.

Alternative views in individuals should be able to stand the tests of discussion or debate and the right of a person to be able to express their belief without fear of repercussions should be paramount.
Just try it with the Muslims and see how you get on. There will be such a fast backlash you would not even see it coming. Christians are tolerant to their own disadvantage and are picked on because they turn the other cheek instead of retaliating.
So just stop picking on us.
What are you afraid of? Its not going to lead to a positive society if you do, If society is ruled by people who don’t believe in God then it will become totalitarian.
There is a Spirit of the world at work in all of this….!
And it is evil.
We need to get Christians into Parliament and get the rules changed back to normal, with greater protections for individuals who are unfairly dismissed.

Comment: Actually, it is the very habit of Christians of turning the other cheek that allows many forms of evil to flourish. Nevertheless, as long as Muslims consider Christianity to be a Religion of the Book, unlike e.g. Aztec Paganism, they are morally bound to consider turning the other cheek as well. And as long as Christians support many religious interests of Jews, like shekhita and brit milah, Jews cannot dismiss Christianity as nonsensical lies either. In a piece discussing religion it is fully apropriate to point out the eternity of hell.

Comment: More interesting, why didn’t Saudi-Arabia and the Gulf States boycot the West?

War in Syria is getting more and more unlikely. Repent, convert or burn in hell for all eternity!!!