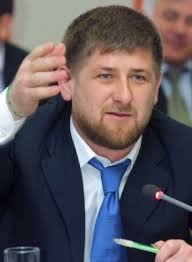 ABC just wrote the worst article I have ever read from them, period. The quality of journalism here is on the High-School level, and I say that with apologies to hard working 14-year-olds everywhere.

The two brothers suspected in the Boston Marathon bombings are of Chechen ethnicity, officials said today, identifying them with a group that has a long history of violence against Russia and ties to Muslim extremists groups.

Yes, according to ABC, the Chechen people as a whole all have ties to Muslim extremist groups. “Chechens’ Violent History Includes ‘Black Widows,’ Attacks on School, Theater,” trumpets the headline. Oh yes, and they have a history of “violence against Russia” with no mention of the history of Russian violence against Chechnya, which as most of you will remember, wassickening [Trigger Warning on that LA-Times Article].

The rest of that article is a confused jumble questions and mostly uninformed answers. 10 minutes with wikipedia would might have helped whoever wrote this.

The article says that all the trouble started in 1994, when the Soviet Union broke up, and ever since then Chechnya has been all violent and Muslim. (Even Fox News called this reading of history “Shorthand” but we’ll get to that.) Oh yeah, also Dagestan. Yes, the ABC article ends with the journalistic equivalent of the statement “Oh yeah, also Dagestan.”

They simplified multiple conflicts involving at least seven nations and 900 years into a couple of paragraphs of what has gone on since 1994. They ignored the terror campaigns and destruction of local culture under Stalin, they ignored the fact that the Chechnaya and Dagestan have about as much in common as Germany and the Netherlands in that they both just happen to be located next to each other on a map, and they ignored brutal Russian war crimes in the Chechen wars for independence.

The fact is, Chechans and Russians have been killing each other since well before Ivan the Terrible invaded in the 1500s, and the Chechans have also fought against both Persians and Turks for their independence, so when we’re talking about Chechen Rebels, we’re talking about a centuries-old anti-colonial nationalist movement.

It’s an incredibly complex conflict, and it has nothing to do with the United States, except that Russia’s inability to deal diplomatically or humanely with Chechnya and Dagestan since the fall of communism has created a place for terrorist groups like Al-Qaeda to do recruiting, and that has added an extra level of crazy to this conflict.

And there’s even more crazy to come. Fox News got jealous about ABC’s racist treatment of the Chechens. Afraid that ABC was moving in on their territory, Fox just had to one-up them. How do you one up an ABC news article which implies that an entire ethnic group is nothing but a bunch of terrorists?

Well pay attention, because the Fox article “Chechnya: History of Horrors” is a clinic on Racist Reporting 101. It begins by quoting Vladimir Putin calling the Chechans bastards and child-killers, and then parenthetically reproduces conspiracy theories about some Chechan/Nazi alliance during the 2nd world war. This may be the first time that Fox News has repeatedStalinist propaganda as fact.

For reference, Wikipedia cites Russian authors refuting any claim of an alliance between the Nazis and Chechnaya. Even the Russians don’t believe that nonsense anymore, but over here we have Fox news reporting it as fact. Yet another article where ten minutes with Wikipedia might have helped.

The attacks in the past 20 years within Russia were a direct result of the Savagery with which the Russian military treated the Chechens. I’m going to put a trigger warning here. If violent descriptions bother you, don’t read what is in the grey block-quote below.

The LA Times article I linked earlier was written in 2000, just after the 1999 conflict in Chechnya. It contains the following admissions from Russian Soldiers:

“I remember a Chechen female sniper. We just tore her apart with two armored personnel carriers, having tied her ankles with steel cables. There was a lot of blood, but the boys needed it.”…

The summary executions don’t just take place against suspected fighters. One 33-year-old army officer recounted how he drowned a family of five–four women and a middle-aged man–in their own well. “You should not believe people who say Chechens are not being exterminated. In this Chechen war, it’s done by everyone who can do it,” he said. “There are situations when it’s not possible. But when an opportunity presents itself, few people miss it.

“Cutting ears may seem savage to some, but it has its explanations,” said one commander. “It’s an old tradition among the special forces–you cut off the ears of the enemy in order to later lay them on the tombstone of your friend who was killed in the war. . . . It’s not a manifestation of barbarism. It’s just our way of telling our deceased mate: Rest in peace. You have been avenged.”

Those are just a few of the horrors inflicted in Chechnya as told by the Russians themselves.

Comment: As the Left considers the Chechens to be victims of racism, they emphatically aren’t charged with white privilege. Thus, Ramzan Kadyrov, is Inherently non-Xorg. The man next to him is Abdul-Jabbar van de Ven, who is Dutch. Dutch people are racist and cannot be victims of racism, unless they convert to Islam. So he is Accidental non-Xorg. In a normal, sane world, they would be both considered White Muslims, but this world isn’t interested in objectivity.